iorgio Di Tullio, the venerable jazz musician from the suburbs, grew up musically in the finest Milanese venues. To keep pace with it all, you had to really play and be pretty ruthless. At the peak of his maturity both as a man and a musician, he decided to build his definitive instrument with us. We contributed the best there was available, and with the help of his experience, we created this fantastic set. He likes to call it the “Ammiraglia”, which means “Flagship”.

The idea behind the abstract images on the shells is to represent the essence and origins of jazz: it was a time when musicians played in some dump in New Orleans, packed with people who spoke five different languages. Where the only way to communicate was jazz. Jazz isn’t calm music. There are even those who have shot themselves because of bum note. The musician onstage isn’t just playing, s/he’s rearranging and composing, while following the main melody at the same time. There’s conflict and compromise between those who play. You have to see it; you can’t just listen.

The extemporaneous symbols on the shells and the creative process of three people who shut themselves in a room for 24 hours to implement it, represent the essence of the above considerations about jazz; you just get one chance; one take. 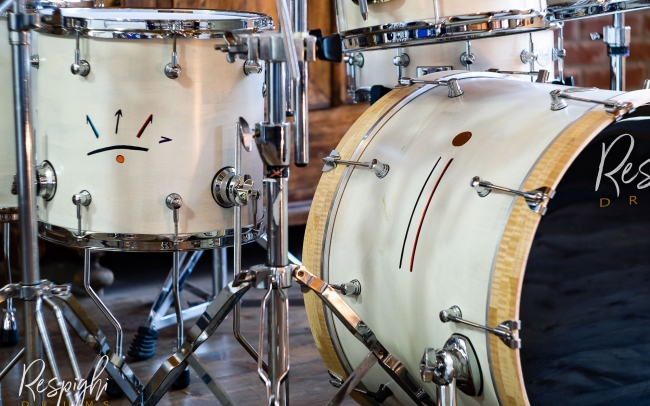 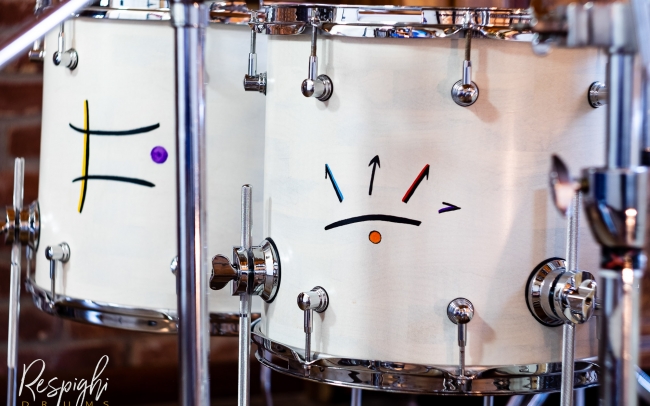 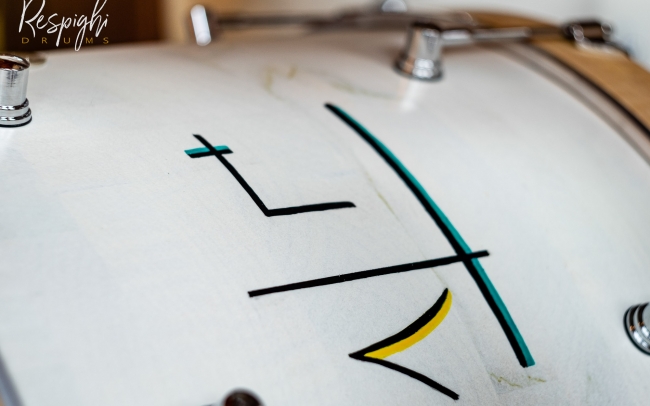 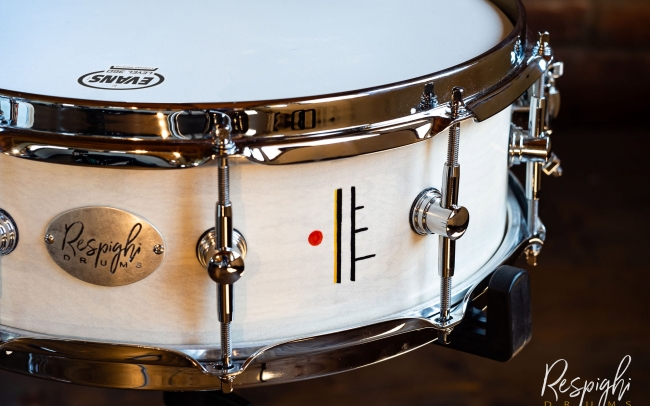 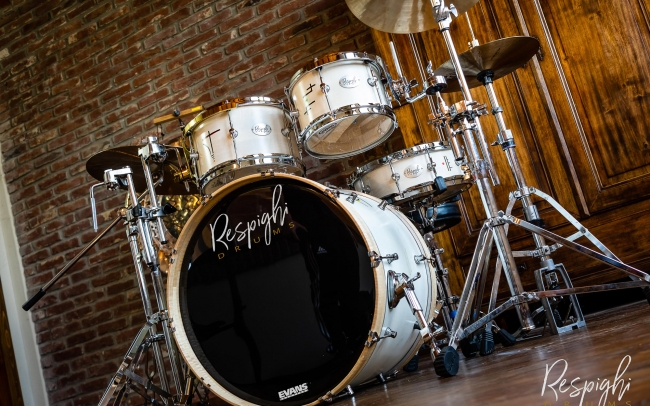 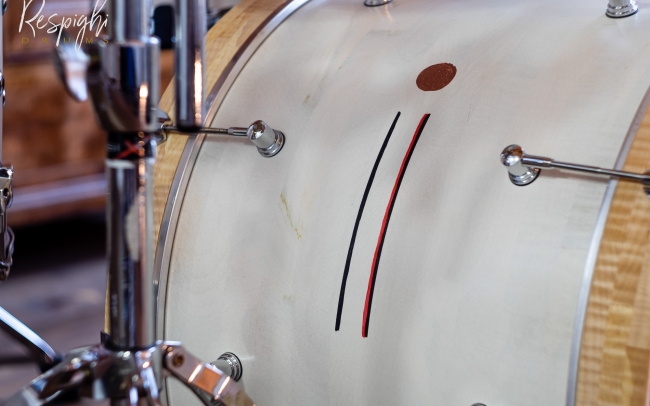 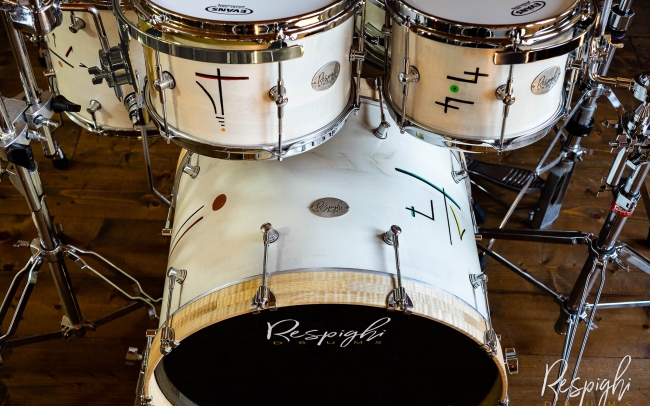 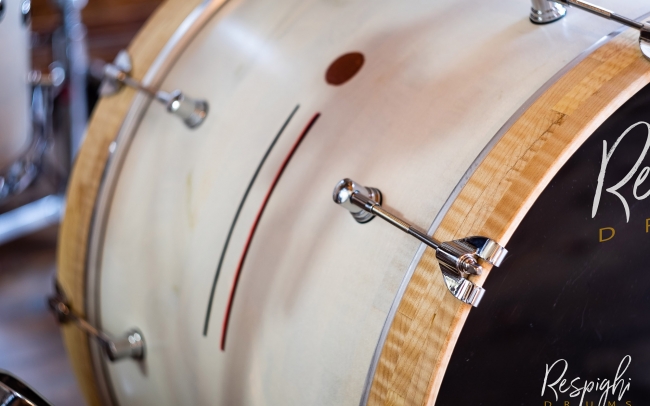 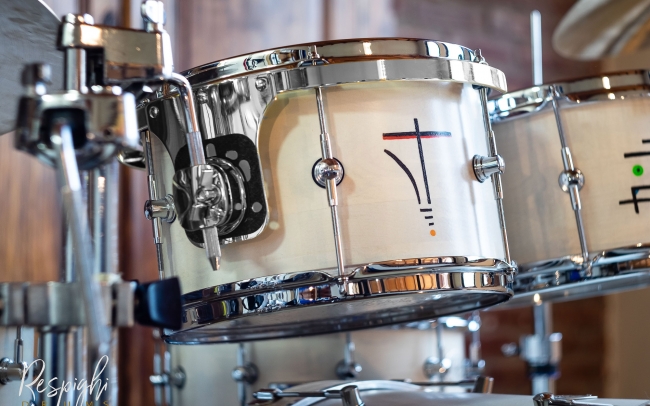 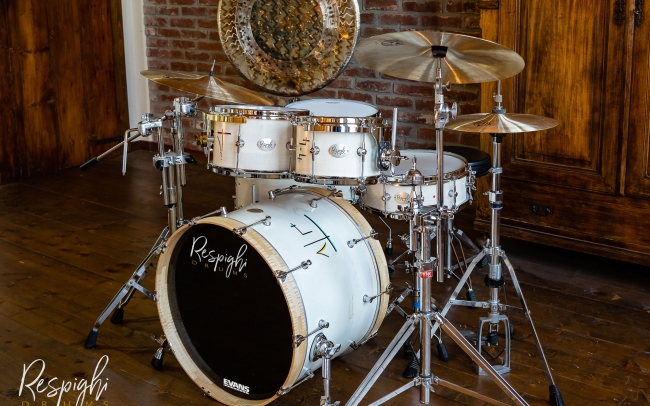 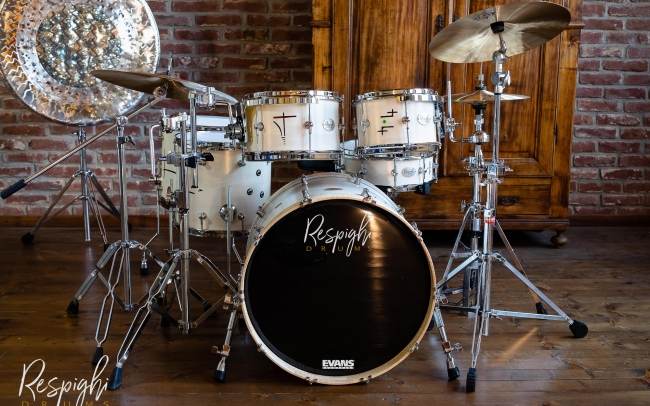 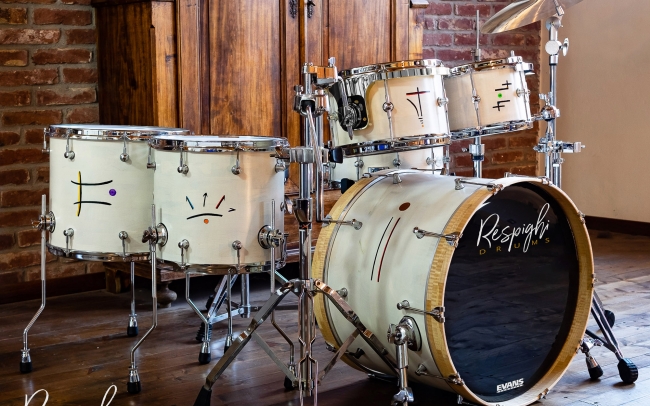 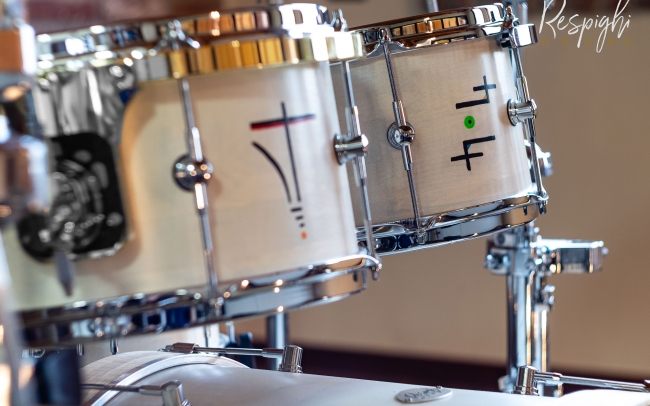 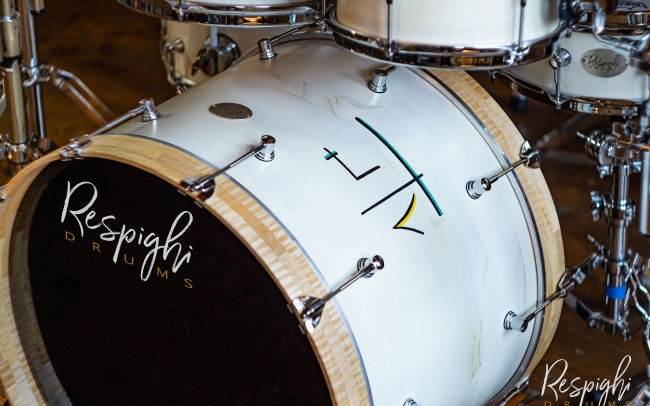 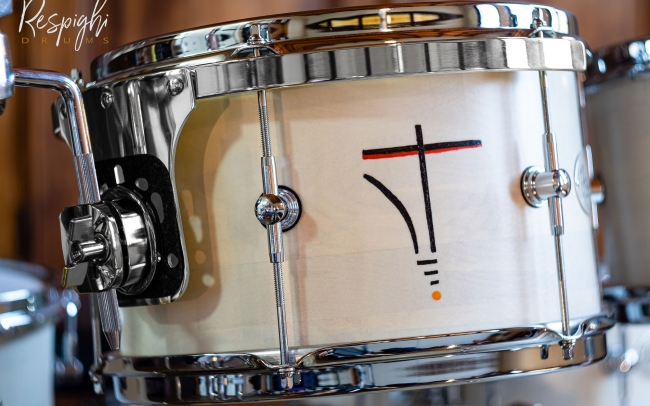 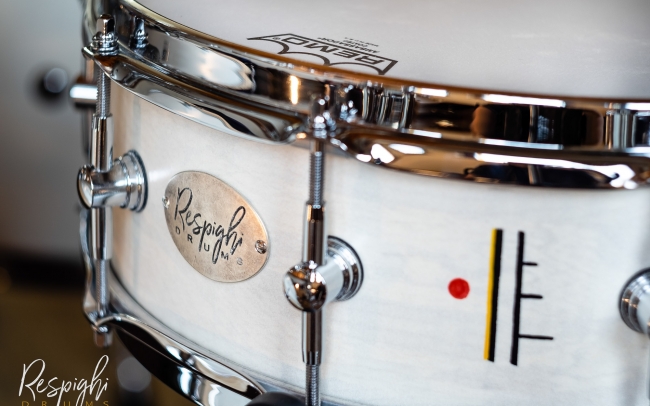 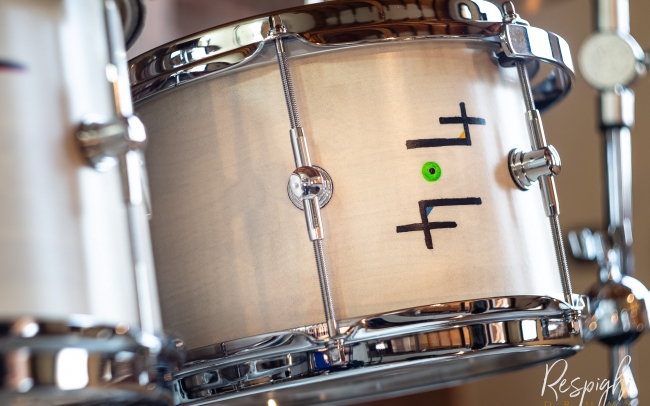 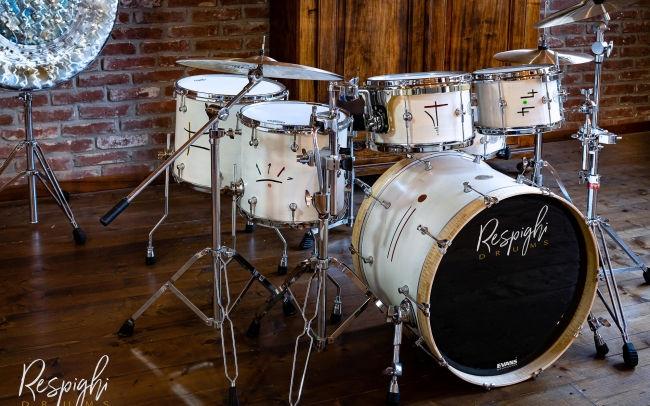